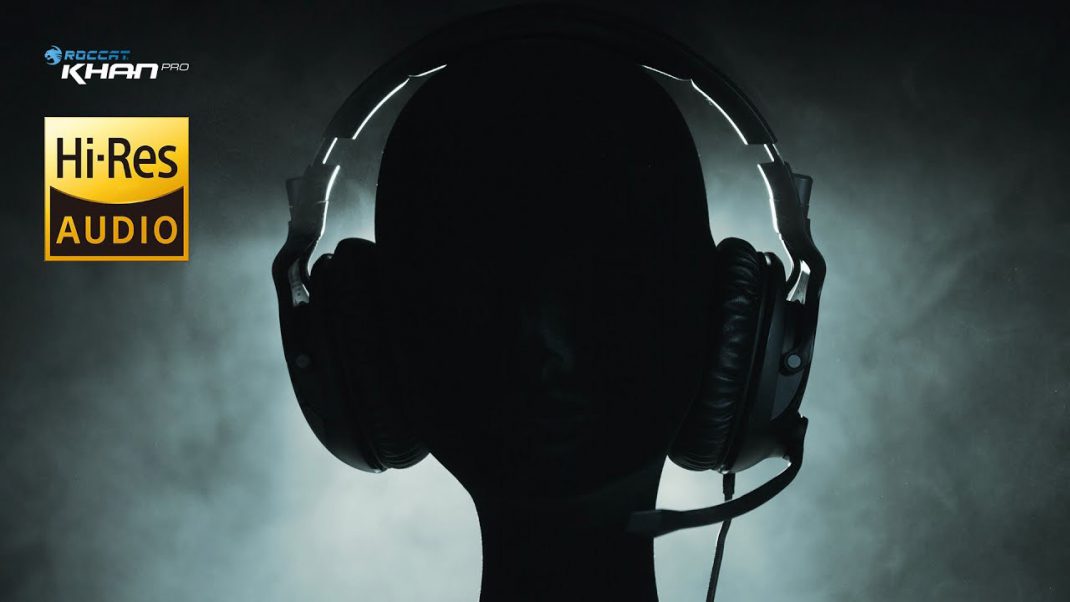 ROCCAT has been making gaming peripherals since 2007. Recently, they released their Khan Pro gaming headset. A wired headset solution, the ROCCAT Khan Pro is available in white, silver/gray, and black color schemes. It also features futuristic styling and comfortable ear cup cushions. Most importantly, this is ROCCAT’s first gaming headset that has official “Hi-Res Audio” certification! But what does this mean for your gaming experience? 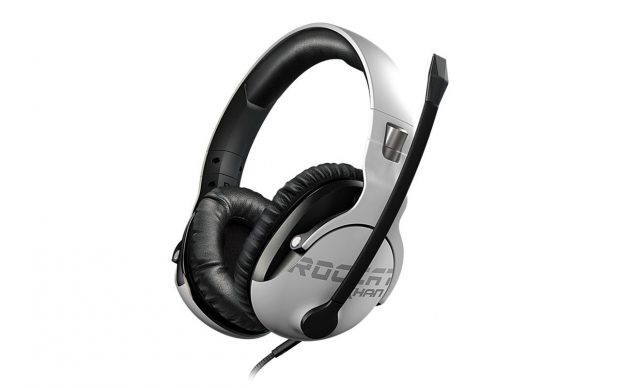 As aforementioned, the ROCCAT Khan Pro is available in black, silver/gray, and white color schemes – each attractive in their own way. Additionally, its headset band design looks like a headset from a sci-fi video game. It is a true head-turner in a veritable sea of gaming headphones, all vying for your attention. Setting up the ROCCAT Khan Pro is easy, as it connects via two 3.5mm jacks – one for the headset and the other for the microphone. Notice that this headset does not come with a USB sound card dongle, etc. And that is because the Khan Pro is marketed at e-Sports play, where sometimes computer specs have to be even across the board for fairness. Thankfully, this also keeps the Khan Pro’s price point more reasonable at just shy of $100 dollars.

The much-touted Hi-Res Audio certification is a first for ROCCAT. In 2015, the Japan Audio Society (JAS) and the Consumer Technology Association (CTA) developed a standard for high-res audio. This certification states that the product in question has to produce a high-end frequency of at least 40kHz. However, if you are playing some really cutdown MP3 file, you won’t notice any difference. You need to have an audio source that is capable of using the full range allowed by the headphones. The microphone attaches to the Khan Pro by way of a durable boom and, in my testing of IM and voice chat applications, seemed to provide the people I was communicating with a clear signal.

I got the chance to test out the ROCCAT Khan Pro gaming headphones in a variety of games – from blasting Stormtroopers in Star Wars: Battlefront II to wandering the post-nuclear Commonwealth of Fallout 4. I just didn’t try it out in shooter/RPGs either, I also downloaded some high-resolution audio files from the Web and took a listen. Overall, I was very pleased with the Khan Pro’s sound reproduction. It featured crisp highs, decent lows, and did so all while not becoming uncomfortable on my head after extended gaming sessions. In addition to the games and the high-res audio files, I just took time to listen to my iTunes music library for a bit. Even though the music files are not high-resolution, I enjoyed listening to them through the ROCCAT Khan Pro and had no issues using it for such a task. My music sounded great and that’s what matters to me most.

For just shy of $100 dollars, the ROCCAT Khan Pro gaming headset can be yours from a variety of online and brick & mortar retailers. It may only be stereo sound, but it is capable of producing some very good audio and if you are interested in listening to high-resolution sound without losing audio information, it is a sure way to do it. The ROCCAT Khan Pro is available now.