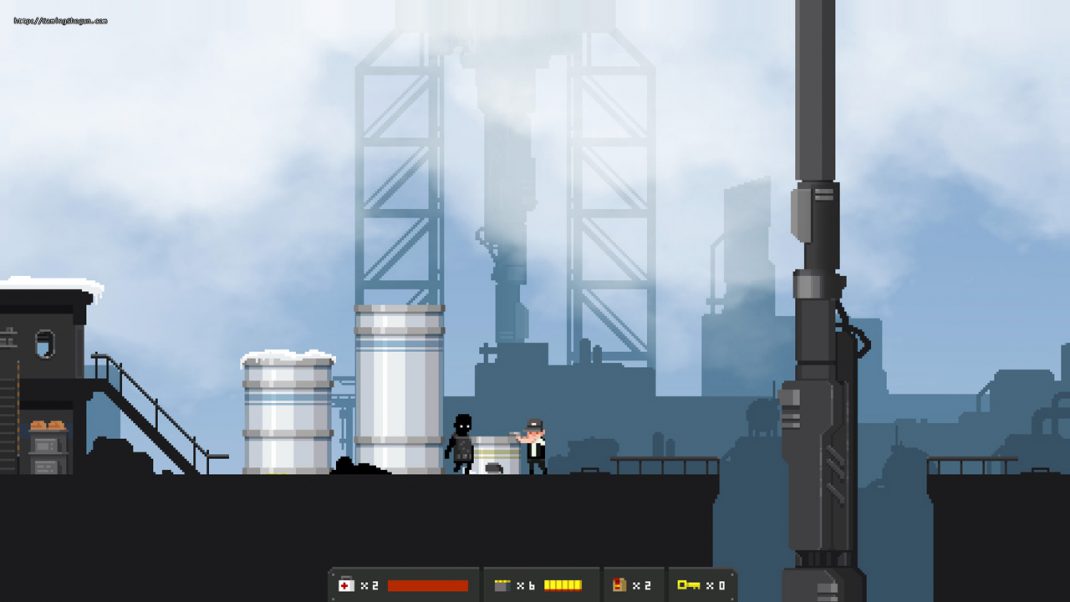 The Final Station – A Review (PC)

Do My Best Games and tinyBuild Games have just released a side scrolling action game by the name of The Final Station.  The Final Station is a zombie-like apocalypse game set in the future, with you playing as a train conductor, traveling through the vast forsaken lands, always trying to reach your next destination.  Is The Final Station worth the train ticket, or should you just stay on the platform and wait for the next rain.  Let’s find out!

When it comes to the story, The Final Station borrows heavy from the typical zombie-apocalypse tropes that everyone knows, except it’s never clear as to whether or not you are really fighting zombies, or maybe an alien life form.  You begin the game as a train conductor, working a freight train on a normal, beautiful day.  As you travel with your supervisor to the next station, you begin to hear reports about an occurrence in the north.  This occurrence has the locals baffled and scared, and talks of the “second visitation” begins to circulate.  For much of the game, what this exactly means is up to interpretation, but as you progress to the north, a black substance begins to infect humans.  These infected humans then begin to exhibit zombie-like traits, and attack you on sight.  Your job is to continue hauling important materials for the government through infected lands, and look for survivors at each stop along the way. 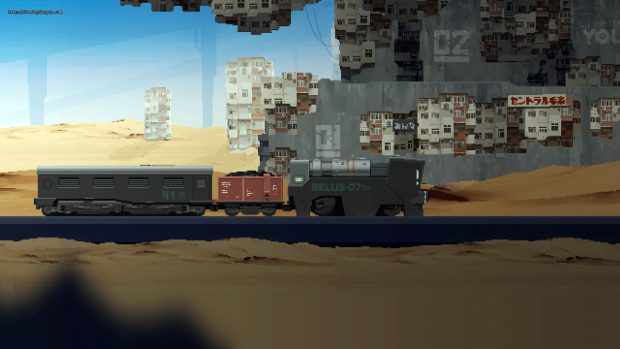 The story for The Final Station is interesting enough, but I feel that is suffers a little bit from translation issues.  The story always feels like it’s just out of reach with the dialogue, and not from just bad script writing.  It feels more like the writers tried to convey a sense of mystery, but due to a lack of knowledge with the English language, the mystery just comes off more confusing then mysterious.  I tried to find out where Do My Best Games is located to see if this is actually correct, but couldn’t find any information of where the developer is based.  The story is helped along by forcing you to make a stop at each station on the route for access codes.  It would be too easy for the train to just be able to leave one city and reach it’s destination, so you are forced to stop at each station and find an access code that will unlock the train and allow you to continue.   The story hold up all right, save for the translation bit, so if you are ok with a little bit of muddled story, then you will get through The Final Station just fine.

The game play for The Final Station is broken down into two segments:  train and station.  On the train, you have to keep the train moving.  This means keeping an eye on certain components as your train speeds along.  These components each have a small mini game that allows you to keep them in working order.  If you don’t then the train runs the risk of taking longer to reach the next station, or breaking down entirely.  You also have access to an instant messenger station that allows you to talk to other conductors to find out more about what is going on in the world. 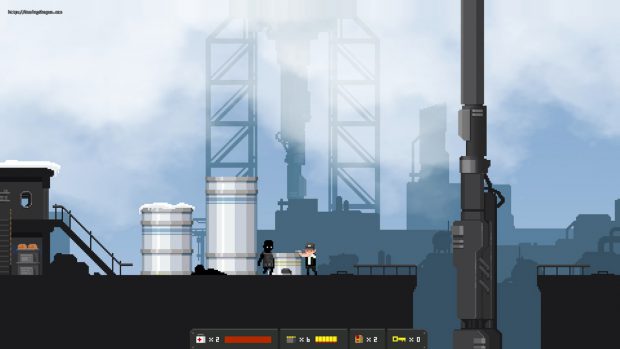 You also have to manage your passengers that you find along the way.  Your passengers will get hungry or have injuries that need tending.  The only way to solve this is by having food and medical kits on the train, then choose which passenger gets which.  This becomes a resource management game, seeing what the pas
senger will give you if you delivery him or her safely to the next town, to determine if they are worth the med kit or food.  Worst yet, the med kits are the same ones you take with you when you venture into each station, so if you have a bad time at it in a station you may not have med kits to give the passengers on the train ridge to the next stop.

The other segment is the station.  Here, you get off of your train and venture forth in search of the access code, survivors and information in that order.  The access code is vital to continue along your trek, while the other items will make the trek easier and more interesting.  You have a limited amount of ammunition for your guns, and need to find more along the way, or purchase supplies whenever you are in towns.  You can also use parts of the environment to help defend yourself, but I found that aiming these items was touchy at best, so make sure you have plenty of time.  You will run into the zombie-like townsfolk in the stations, and they will be your biggest threat.  Each type has it’s own strengths and can be dealt with differently.  The standard enemy can easily be punched to death, while the armored type needs to be punched once to remove the helmet then can be shot int he head, and the shortest enemy is the fastest and the most deadly.

The Final Station is a fun game to play, until the repetitiveness of the actual game play comes into effect.  You only ride the train, then explore stations, that’s it.  It’s really fun in the beginning, and suspenseful and you play the first 10 or so levels, but then it just becomes repetitive and tedious.  On the good side, the repetitiveness of The Final Station wasn’t enough for me to stop playing the game nor not recommend it, I just have to caution that there really isn’t much more to the game then what I’ve mentioned above.  If you are fine with that, the The Final Station will work great for you. 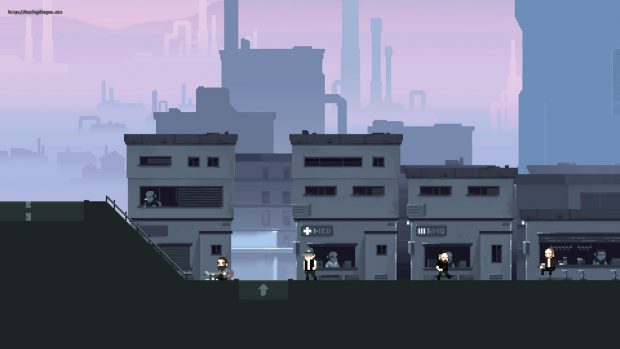 The Final Station is a 2D video game that uses 8-bit style graphics, so even some of the oldest machines that are still functioning should be able to run this game.  It’s a good aesthetic for the game, and I know it helped keep the costs down.  The graphics do a good job in setting forth the aesthetic of the world, and the zombie-like creatures are particularly unsettling with just being black bodies with white eyes.  The music design for The Final Station is the real winner for setting the game’s aesthetic.  The music is moody and dark, and really helps keep the game feeling very much apocalyptic in nature.  Sound design works as well, and is much more realistic in nature then the visuals would imply.  No 8-bit gun shots here.

The Final Station delivers the goods on some solid game play for PCs out there that cannot run many games.  While the story line may be a little bit confusing and the game itself may fall into repetitiveness with the train-station-train-station level design, I still had a lot of fun with The Final Station. The controls were mostly responsive to get myself out of some sticky situations, and once you learn which zombie-like creatures you can punch, then ammo conservancy becomes a little easier.   Really, the choice to get this game comes down to what you are looking for.  The Final Station is a nice little, challenging, 2D shooter with some resource management mini games built in, and I was fine with that.  The Final Station is available now on Steam for $14.