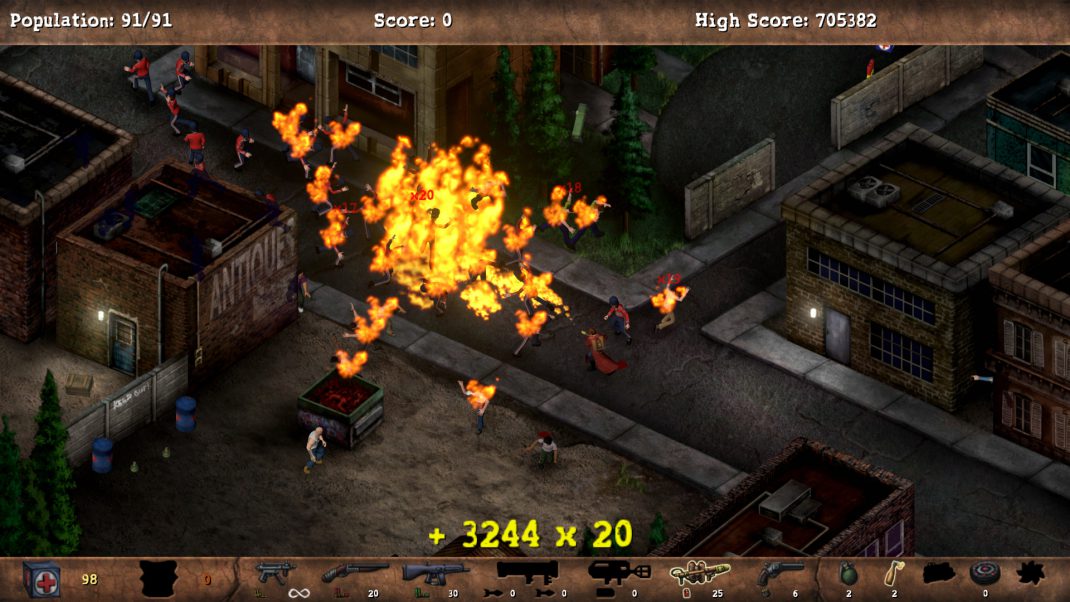 Lately I have been playing a lot of strategic games, sharpening my mind while my body is resting.  I start playing figuring I might go for an hour – then three hours later I’m still playing, my eyes have become blurry and I need something to take my mind off of sharpening my mind.  TV can be nice for that but it is passive participation and sometimes you really just need some silly hands-on carnage to release the stress of the day.  It doesn’t get much more active crazy carnage than a classic killer brought up to date with gorgeous gore like Postal Redux on Steam. 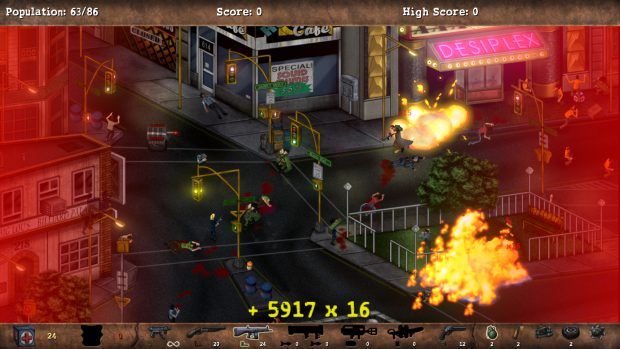 Ah 1997, the Nintendo 64 was hot, Final Fantasy VII reased in Japan, human cloning is banned… ah heck who cares about that crap?  If you are reading this you want to know about Postal which made a bloody splash on the market back in that year.  In human years 19 isn’t that big of a deal, in video game years that is an exceptionally long time ago!  As a result Postal was a little unrefined looking but nobody really cared it was all about the mass unadulterated slaughter of everything in sight.  It earned it’s claim to fame in video game history and those who lived through the days talked about it fondly.

Now fast forward to these days and those who talk about it fondly decided to do something about it and bring it back, cleaned up graphics with a couple more goodies to main and kill with, another mode and some new areas to kill in because let’s face it everyone wants to go kill happy in a Carnival.

Just like in the old days the cops show up at your house and boy is that a mistake.  So as to not give away plot points (there are a couple) you use up to 10 weapons including mines, heat seeking missiles, flame throwers, of course machine guns and now the Commanding Revolver to tear your way through 17 levels.  Tear through a junkyard with your trusty boomstick (they call it a shotgun but I will always call them boomsticks) which is also great for the all important double tap, head through the ghetto with a Molotov cocktail (I’m sure they won’t mind) and lay mines for extra fireworks on the midway at the Carnival.  Just remember above all save some flamethrower for the marching squad, that is epic! 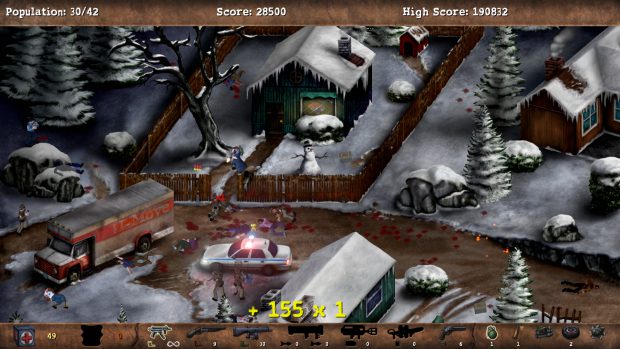 The improved graphics really make the game the fun that it is, the old one which is still available and around is okay but look at a comparison and you can see the huge difference.  I absolutely love the Carnival level in case you haven’t gotten the hint, the colors and richness of the graphics show the how much the developers cared about the game’s updating.

The addition of Rampage Mode also will keep you coming back for more since it is a constant wave mode that rewards kill streaks, creative kills and speed.  It’s a great way to play then challenge a buddy to beat your score and go back and forth.

Postal Redux on Steam took a classic game that players looked back on with nostalgia and gave it a caring update that makes it even more fun than it was in the old days with graphics that it well deserved.  So the next time you head it pounding from a hard day or you just want to unwind or heck you simply want to napalm angry ostriches have Postal Redux updated and thrill in the mayhem.