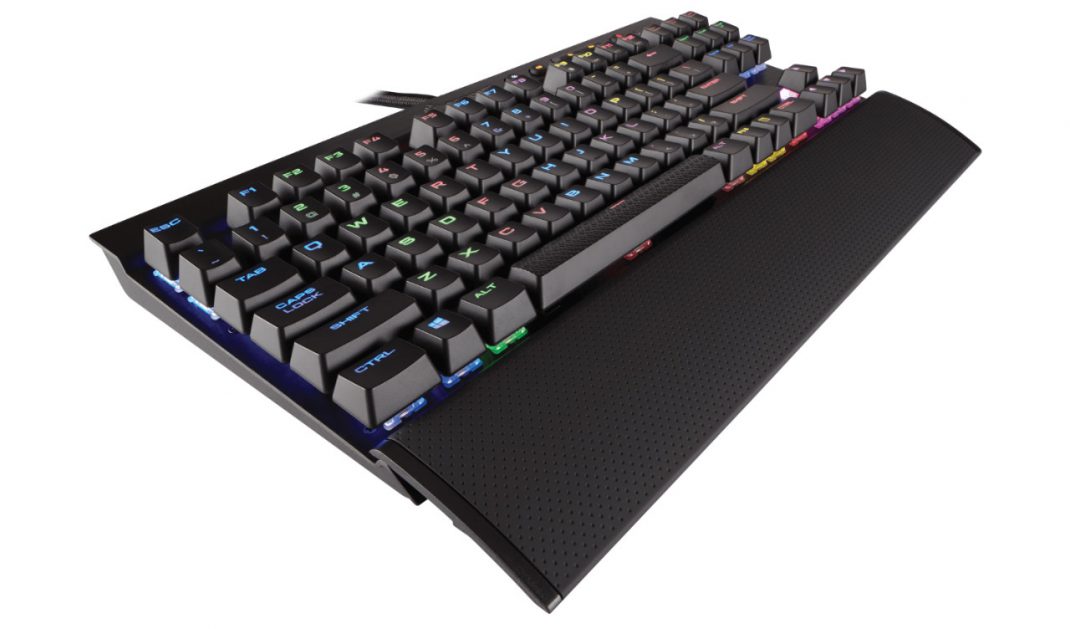 Are traditional mechanical gaming keyboards not fast enough for your gaming needs? If not, you may wish to check out the Corsair Gaming K65 RGB Rapidfire keyboard. Boasting a smaller form-factor and enhanced mechanical keys, the K65 RGB Rapidfire has a classy design aesthetic going for it, with the eye-catching features mainly being the beautifully-lit keys. Aside from that, you will find a rugged brushed-aluminum frame and detachable wrist rest for added comfort.

Why is this keyboard so special then? The short of it is that the K65 RGB Rapidfire’s mechanical key switches have a smaller actuation distance than most Cherry MX switches. A contrast of 1.2mm for the K65 RGB Rapidfire keys compared to most the 2mm of most Cherry MX key switches. What this means is that you can press 0.8mm less on each keystroke to achieve the desired result. Hopefully, this will make you faster once you add up all the saved time over the course of a game. 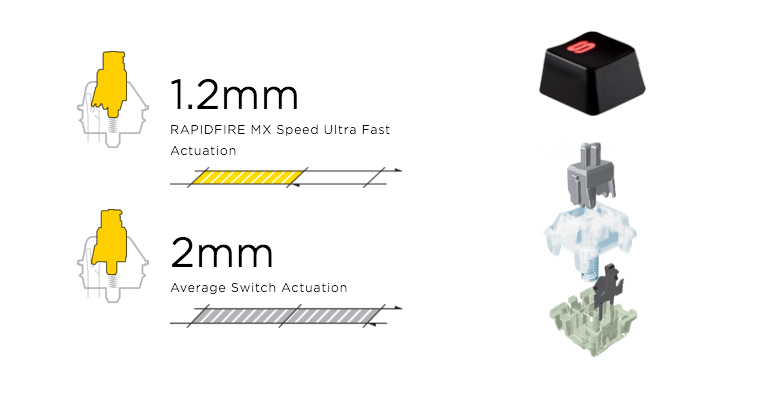 Does it work though? Well, to figure this out, we compared another Cherry MX-equipped keyboard with the K65 RGB Rapidfire. The results were actually impressive:

As you can see, the typing test clearly showed that I was faster when using the K65 RGB Rapidfire. Many reviews might talk about their presses per minute, etc while playing a particular game but that is too subjective of a metric to test by. A typing test such as these two do not change, so you can test against a controlled environment. Of course, I also played many games while using the Corsair K65 RGB Rapidfire: Fallout 4, DOOM, Subnautica – just to name a few. I did not really notice a difference while doing so. Sure, the K65 RGB Rapidfire has great key response and is a very pretty keyboard when lit up, those single player experiences did not yield a noticeable improvement for me. The K65 RGB Rapidfire will, of course, show off its edge more in multiplayer gaming.

One additional factor to note is that those fancy new Cherry MX key switches are rated for up to 50 million key presses! This means that the K65 RGB Rapidfire could actually outlive your PC depending on your peripheral needs throughout its life. I know for some that the lack of a numeric pad is a deal-breaker – but that’s a personal preference which I don’t really mind.

Overall, the Corsair Gaming K65 RGB Rapidfire keyboard is a great option for tournament players or semi-pro gamers looking for just that much more edge against their opponents. Plus, its small form factor means it can fit in cramped desktop conditions much more easily than full size keyboards do. The Corsair Gaming K65 RGB Rapidfire retails for $139.99 and is available now.