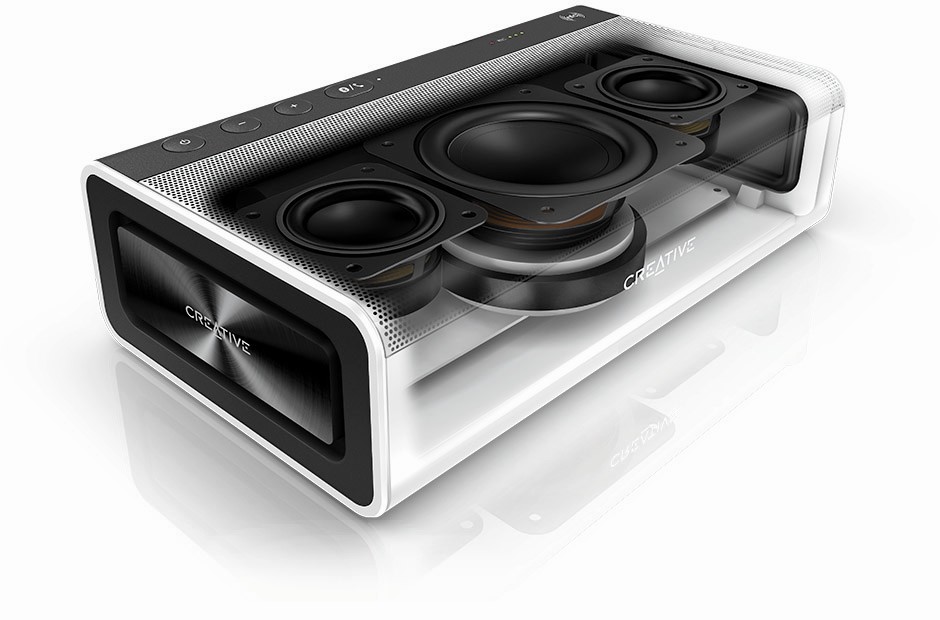 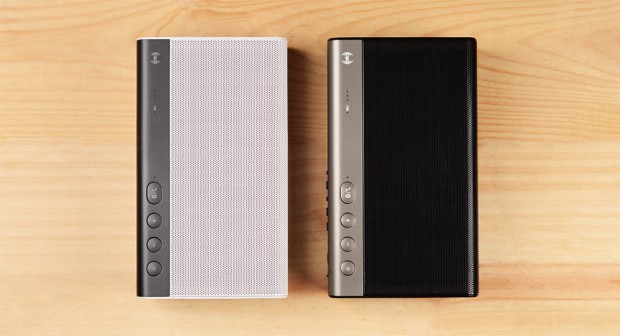 Last year, we had the chance to review Creative Labs Sound Blaster Roar Bluetooth speaker. We gave it some very high marks for its quality and feature set. This year, Creative Labs has released the next iteration in the Roar speaker series: the Sound Blaster Roar 2. When Creative Labs messaged us to see if we wanted to check one of these new speakers out, we jumped at the chance. The Sound Blaster Roar 2 is noticeably smaller than its predecessor – about 20% smaller overall, actually. It even weighs less at 2.2 lbs compared to the Roar’s 2.5 lbs. On a design level, the Roar 2 is attractive wireless speaker that would fit equally-well into either your dorm, hotel room, or home office. It is available in both white and black color schemes and runs on either a plug in adapter or from a powered mini-USB cable (one is provided in the box).

Referring to power, the Sound Blaster Roar 2 has a rechargeable, 6,000 mAh battery that has been rated for up to 8 hours of non-stop play. In our tests, we found that statement to be pretty accurate, with our review unit pooping out just past 7.25 hours (this could have been due to its power level at the start of the test). Additionally, the Roar 2 is usable as a USB battery pack – just in case you need to recharge your devices while on the road. 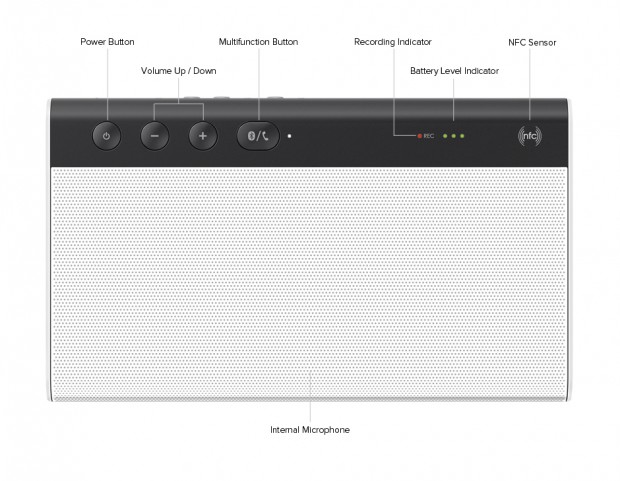 The Sound Blaster Roar 2 continues the standard of high quality audio laid out by the original Roar, supporting both wireless AAC and aptX codecs. In addition, the Roar 2 boasts the Creative Multipoint technology that allows the speaker to be connected to two Bluetooth devices at the same time – the user switches between the two as they wish. In addition to its Bluetooth connection, the Roar 2 supports NFC devices as well as ones that can connect to it by way of its 3.5mm audio input jack.

Internally, the Roar 2 features two high frequency drivers and one subwoofer unit, and its bass playback capabilities are pretty impressive. Its on-board digital signal processor is capable of using two nifty bits of Creative Labs tech – the ROAR and TeraBass modes. In ROAR mode, the overall output of the speaker is increased. Creative Labs claims this is to help fill the room with sound in the case of a party, presentation, etc. This mode works well, although I did notice that the bass sometimes got a bit distorted depending on the song being played. TeraBass is a really cool feature which counteracts the perceived loss of bass during low volume playback. Most importantly is that it is said not to over-accentuate bass levels in doing so. The TeraBass mode is what I preferred listening to music streamed from my iPhone with as it helps “fill in the gaps” missing with compressed digital music. Of course, the Roar 2 also features a micro SD card reader, built-in audio recorder, MP3 player, and speakerphone function – all of which you will find a use for at some point. 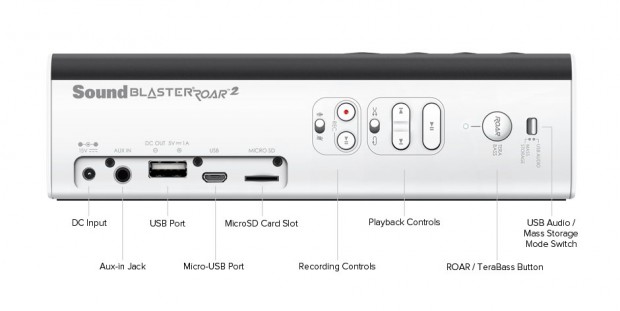