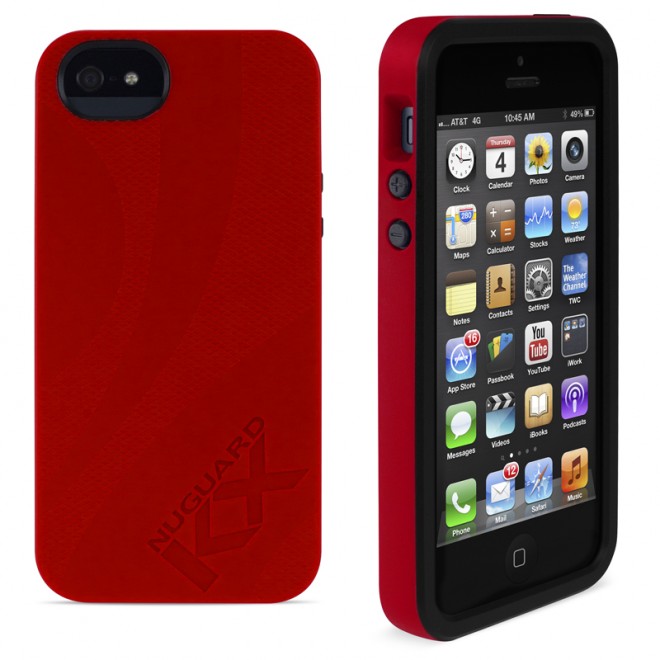 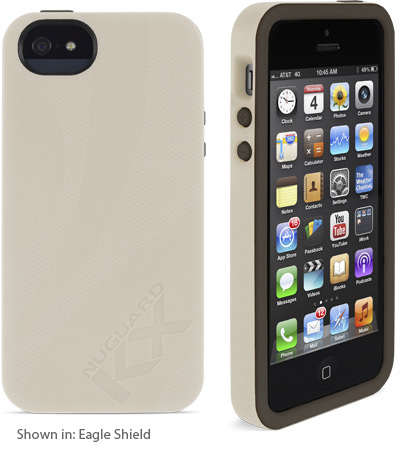 There are three phone cases I rotate through depending on my current needs.  If I plan to be in a situation where I am liable to drop my phone, I tend to go with my bulky/rugged case. If I will be running around but less likely to drop my phone, I go with a medium case. If I am planning on business travel, I go with a case that combines simple elegance with a slim design that can still handle unreasonable levels of damage and that case is the NuGuard KX case for the iPhone 4s.

Hands On:
The case itself looks non-descript with light swooshes on it and the words “NuGuard KX”. The inside is lined with felt to keep the phone from being scratched during a fall and to make it easier to remove from the rubber lining of the inside case. The one I am using right now is beige on the outside with a brown interior gel. It looks classy and simple, understated is definitely a word that can describe it since they test it well beyond “military” standards. Military drop standards is about four feet and requires an object to not break after 25 quick successive drops from that height. As a result plenty of cases with the “military dropped certified” isn’t even dropping from the average person’s ear level. So the more serious companies do much less conventional and impressive tests. 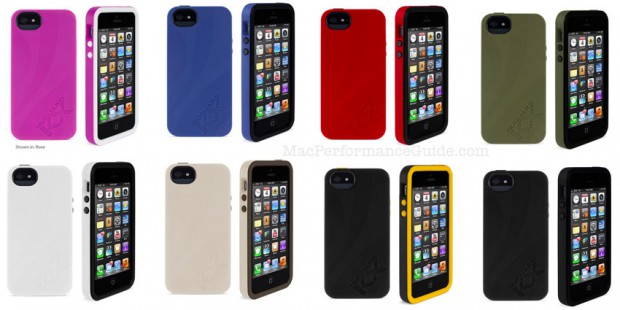 NuGuard is famous for dropping their KX line from a 200 foot wind turbine to the ground below without damage. The video is below as well as other tests they have done on their cases to show that even though they have taken the bulk out of the case it will still be able to handle more than an average drop. My confidence is so high about it that last night I was laying in bed and threw the phone across the room where it bounced off a hard surface then went cartwheeling into the bathroom without a single problem or damage to the case or phone. In other words if it can handle a klutz like me you should be fine.

The folks at newertechnology were nice enough to even include their NuGuard KXs Impact X-Orbing Screen Armor. This is a triple layer system protects from fingerprints and smudges on the top layer, extreme impact protection in the middle and a self-adhesive layer. There are videos to show just how crazy they are about testing this as well because though I trust it I still can’t bring myself to hit my phone with a hammer.

Last Call:
NuGuard KX Phone Case and KX Screen Armor are an ideal combination for making your phone look nice and business appropriate while being prepared for the harsh environments life can offer. No bulky industrial looking profile but more protection than the average person would ever need.