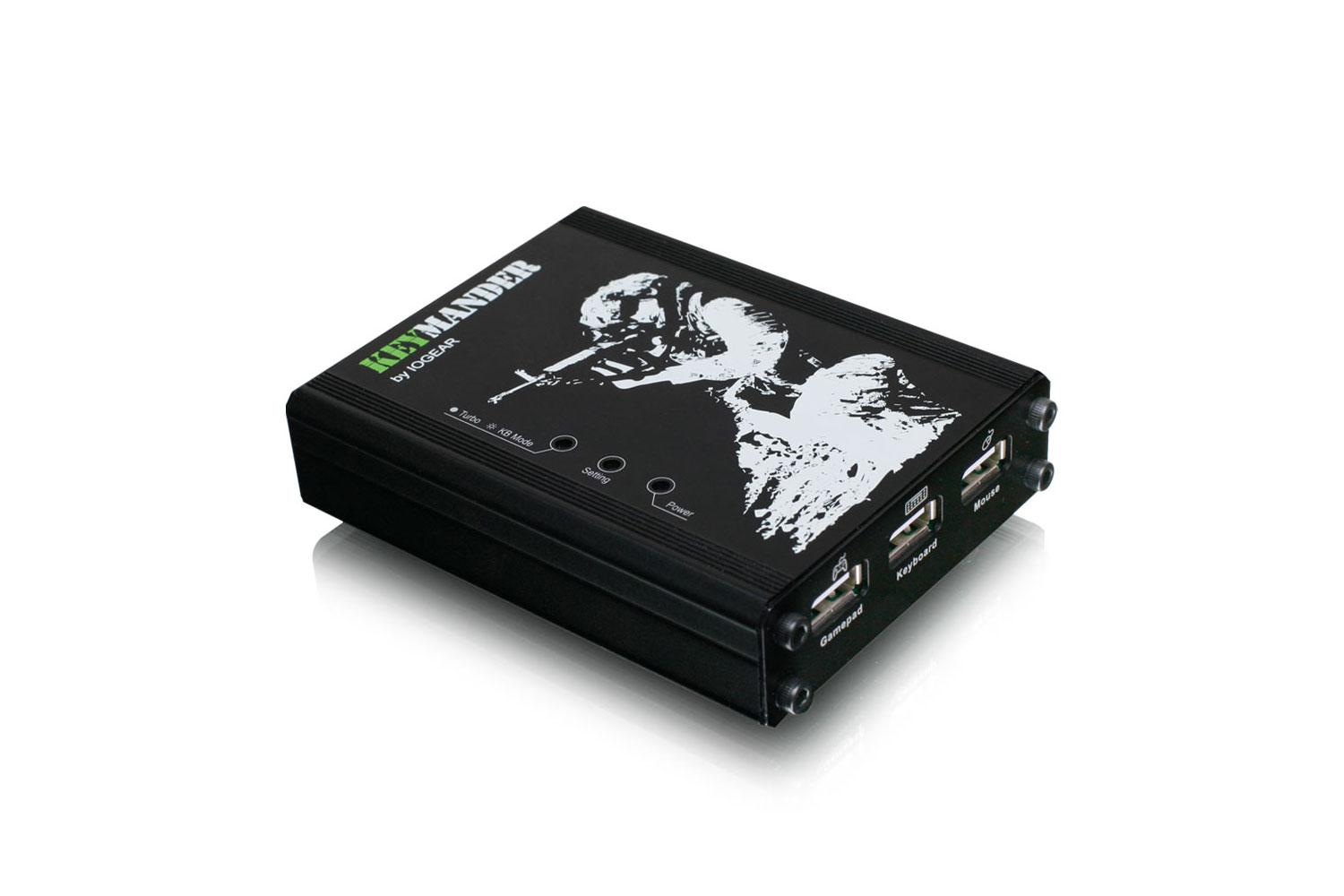 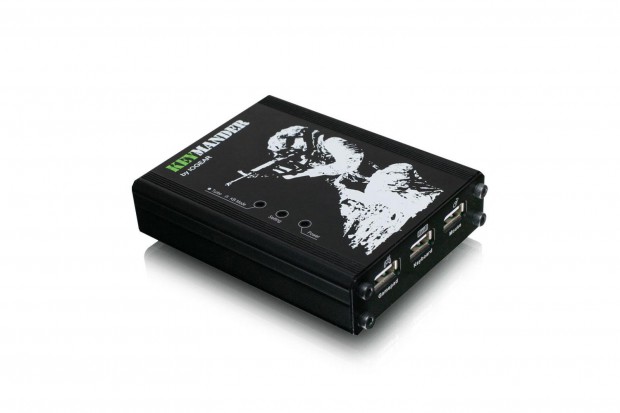 FOOTHILL RANCH, Calif. – Jan. 7, 2014 – Gamers, get ready for combat. The new KeyMander from IOGEAR arms console gamers with the competitive advantage of a keyboard and mouse for PlayStation®3 and Xbox 360® by converting signals to replace the joystick controller. The KeyMander (GE1337P; MSRP: $99.95) provides precision accuracy to any game by mapping controller commands to keys on a USB keyboard and mouse. Gamers will be able to leverage this technology with next generation gaming systems early 2014 through a free firmware update.

This new weapon tilts the scales to the advantage of PS3 and Xbox players by improving speed, simplifying access to game features, and managing detailed movements in first-person shooter, role-playing games, real-time strategy games and other massive multiplayer online games. Players can take their tactics and skills to the next level with the KeyMander’s PC software, which adds an arsenal of tools and options.

Key attributes include custom key mapping, macro programming, mouse ballistics editing and speed adjustments for rapid, pinpoint accuracy. Macros allow a gamer to design a custom series of button sequences (up to 16) into one keyboard key. For example, if two separate selections on the controller cause an avatar to crouch then shoot, the KeyMander could be programmed to use a single key to achieve both actions. A turbo function mimics up to 10 consecutive button presses in a single press of a button. The addition of the mouse while gaming supports smooth and responsive aim toward any enemy in the combat zone.

Additionally, the KeyMander can save up to eight different customized profiles within a group. With up to 31 different groups, users can easily store different characters’ settings for a library of games. The instant hotkey switching between profiles during a live game, such as switching among medic, demolitions and sniper profiles, provides an immediate customized control advantage. These custom decisions can be stored for multiple gamers in each household, so that eight individual profiles can have key controls to support each person’s battle preferences.

“Every split second counts in the competitive world of gaming, making the KeyMander a vital tool for the serious player and a marketplace disrupter,” said Jack Wang, IOGEAR CEO. “With the KeyMander, IOGEAR brings our expertise in digital home entertainment to new audiences who will appreciate easy-to-use features along with the new dominance and edge in their gaming experiences.”

In recognition of its contribution to gaming, the KeyMander has been named a 2014 CES Innovations Design and Engineering Awards honoree in the Gaming Hardware and Accessories product category. It supports simple switching between control emulator mode and keyboard mode for chat, web surfing and other typing functions. By playing on the console using the KeyMander, gamers also take advantage of upgradable firmware that will adapt with the system. The KeyMander is available now online at www.iogear.com with pre-installed firmware for PS3 and is easily upgradeable with free firmware downloads due out in early 2014 for use with Xbox 360, Xbox One® and PS4®.  Availability through major distribution channels will come later this month.

For more information on IOGEAR, please visit www.iogear.com. Follow IOGEAR on Twitter, the company blog and become a fan on Facebook for additional industry, company, and product details.