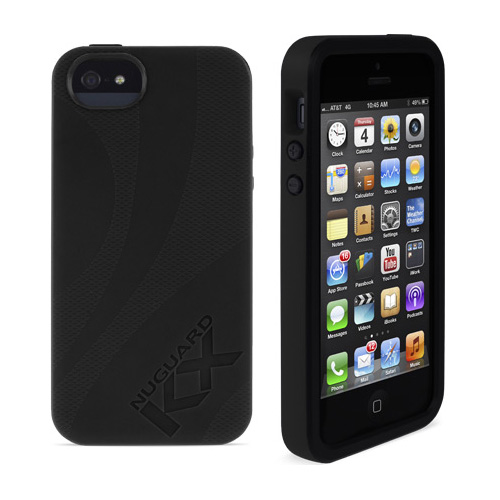 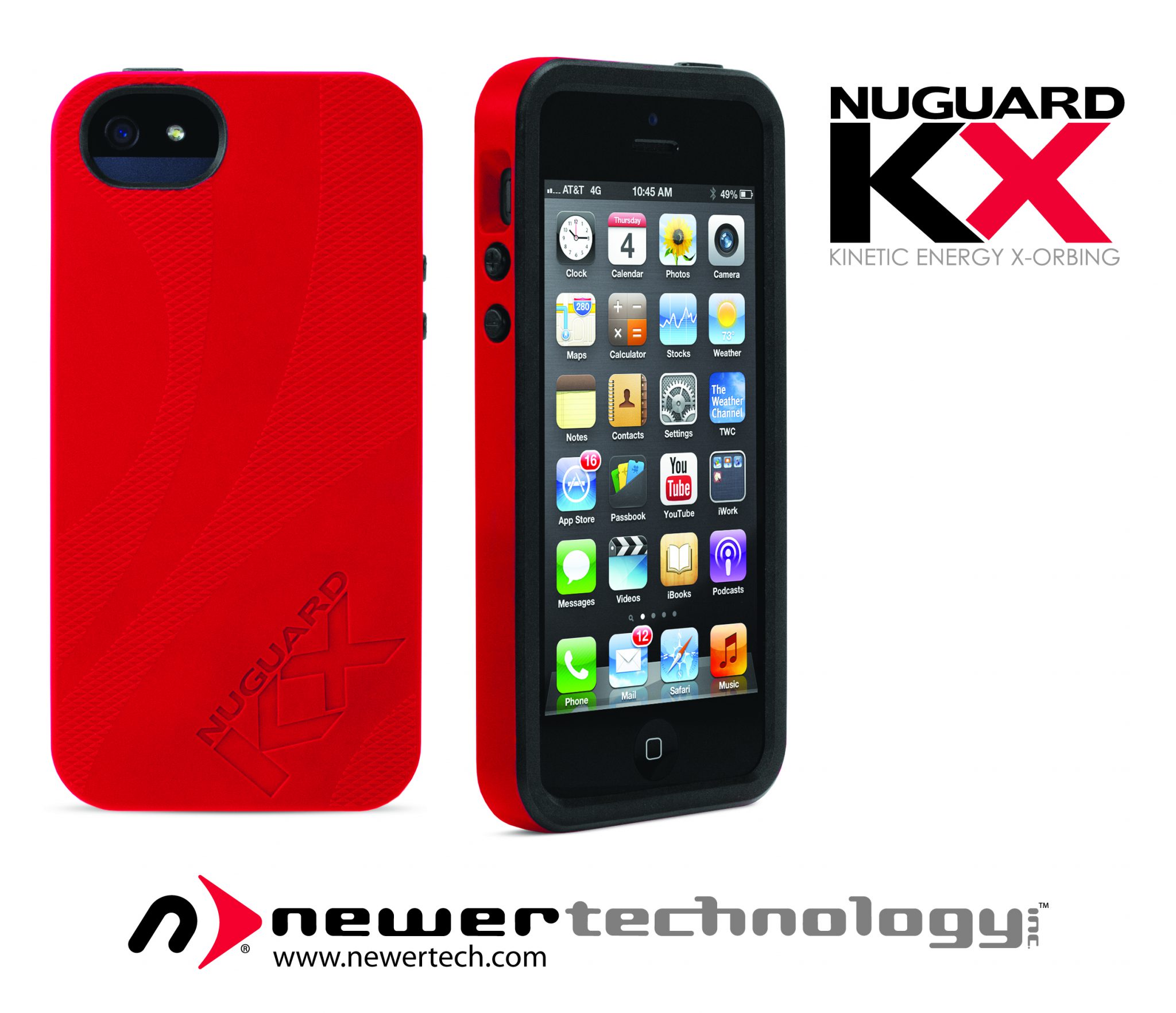 I think I would make most phone owners cringe with my phone-handling clumsiness. I know for a fact that I make my wife cringe when I start testing out cases. I have made her friends scream, my friends dive on the ground in an attempt to break my phone’s fall, I have sent phones skittering across asphalt, gravel, concrete and any other hard surface imaginable.  So, it wasn’t such a surprise when I got sent a series of videos where a case gets dropped from hundreds of feet from a wind turbine and survives. The surprise came from the fact that it looked, for all intents and purposes, like a regular plastic phone case – not a gigantic, suit of phone armor.  Surprise gave way to intrigue as I waited for it to arrive so I could test it out.

Unlike common military-impact test grade iPhone case materials, the NuGuard KX uses state-of-the-art X-Orbing gel technology to absorb and evenly distribute kinetic energy, protecting your iPhone from accidental drops or scratching.  This Hyper-Advanced gel is then engineered into a hard outer shell with a soft interior, bonded together into a stylish one-piece design.  The NuGuard KX has been Mil-Spec drop test certified by Quanta Laboratories to MIL-STD-810G U.S. Military Standard for elite protection.  Yet, the KX only measures slightly over 1/2″ thick so it can still easily fit in your pocket.  Its Edge Guard over-molding provides enhanced iPhone screen edge protection without interfering edge-to-edge touch finger accessibility to ensure hassle-free touch keyboarding and ability to drag and organize app icons from screen to screen.  With its precision cutouts, the NuGuard KX allows for full access to all of the iPhone’s ports and buttons.  The KX features a unique cross hatch texture design on backside for added grip that won’t make it hard to remove from pockets like other texturized cases. And installation and removal of your iPhone from the KX is easy, taking only seconds.

What is MIL-STD-810G U.S. Military Standard?

Environmental Engineering Considerations and Laboratory Tests is a United States Military Standard that emphasizes tailoring an equipment’s environmental design and test limits to the conditions that it will experience throughout its service life, and establishing chamber test methods that replicate the effects of environments on the equipment rather than imitating the environments themselves.  The MIL-STD-810 test series are approved for use by all departments and agencies of the United States Department Of Defense (DoD).  Although prepared specifically for military applications, the standard is often used for commercial products as well.

MIL-STD-810 addresses a broad range of environmental conditions that include: low pressure for altitude testing; exposure to high and low temperatures plus temperature shock (both operating and in storage); rain (including wind blown and freezing rain); humidity, fungus, salt fog for rust testing; sand and dust exposure; explosive atmosphere; leakage; acceleration; shock and transport shock; gunfire vibration; and random vibration . The standard describes environmental management and engineering processes that can be of enormous value to generate confidence in the environmental worthiness and overall durability of a system design.

The case looks unassuming to say the least. It features a nice, understated style with spirals and patterns on it which help to grip the phone. It isn’t made of squishy rubber or composed of interlocking pieces.  It has a felt interior that seems to have a slight softness beneath but the shell, feeling solid and unyielding, not what you would expect from a phone case advertised to be so protective.  On the front was a sticker with the above “Military Drop Tested” and certified statement which I admit sounded impressive but I had to look up so I provided the definition.    It still made me think it was a bit of gobbledygook, so I went and watched the videos that had my friend so excited.  That was when I got excited and started putting a lot more trust into this case.  I quickly learned that bulk and difficult to connect pieces aren’t necessary for a solid phone case,  and started testing it the way I do best: making myself and everyone else cringe.

What surprised me probably the most was how resistant it was to scratching.  Most of the time, these cases are design to take a hit and prevent the phone from scratches by being damaged itself.  There are some exceptions but usually those have built in things to prevent it such as rubber bumpers.  This case resisted scratching and has a raised lip to help resist scratches on the phone’s face.  The case slides in and out of the pocket easier than most protection cases thanks to the lack of squishy rubber and it’s hard outer shell, a lot of protective cases come with hip clips because of their difficulty going in and out of the pocket.

This case survived the DoD’s tests, my tests, lots of video tests and probably most tests you put it through.  NuGuard KX Kinetic will take care of you and your phone , whether you are a phone-handling klutz or just have to deal with everyday things that life has a habit of throwing at you.