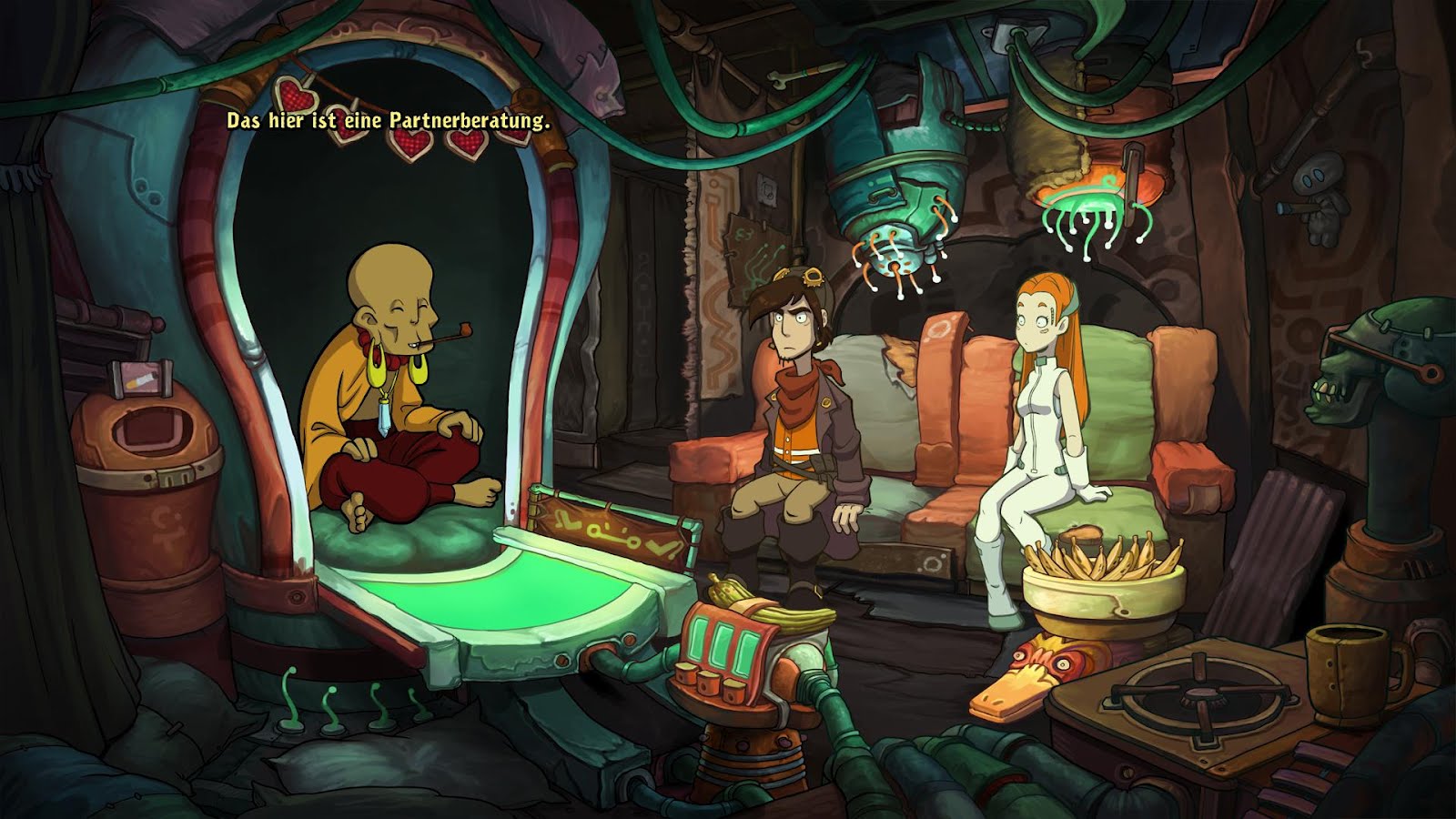 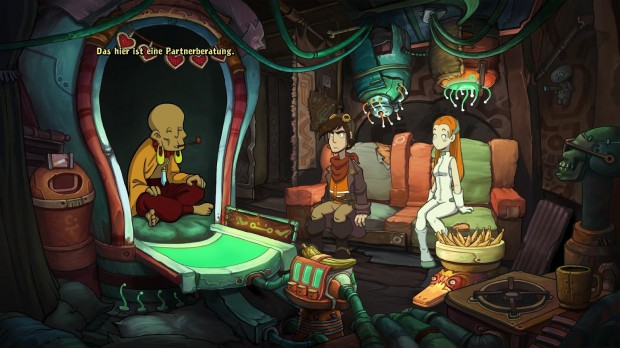 Hamburg, August 24th 2012. Daedalic Entertainment releases new screenshots of the upcoming adventure game Chaos on Deponia. Players can celebrate the reunion of Rufus and Goal in the sequel of the worldwide beloved game Deponia. Compared to the predecessor, Chaos on Deponia improves in every possible way and players can expect even more depth and fun.

The award winning hit Deponia has been critically acclaimed by the gaming press and became the best reviewed adventure of all times in Germany within the shortest time. Rufus, the main character, is as lovely as his home Deponia. He, the odd and cantankerous guy, lives in the most remote part of the worldwide junkyard and works on his plans to escape to the hovering city of Elysium. After uncountable failed attempts he succeeds – nearly, at least. As a result, he falls from the sky and lands back in his hometown together with the mysterious girl, Goal.

For Rufus, she mainly is a good reason to escape once again, and so he begins to plan her way back. Obviously, Rufus’ bad luck seems to be infectious and, in the sequel Chaos on Deponia, both end at the point where all began. Before they can start another attempt to escape, Goal’s consciousness needs to be restored. Besides that, they have to save Deponia from threatening chaos.

Chaos on Deponia will be available on November 6th, 2012 on Steam for PC and Mac. 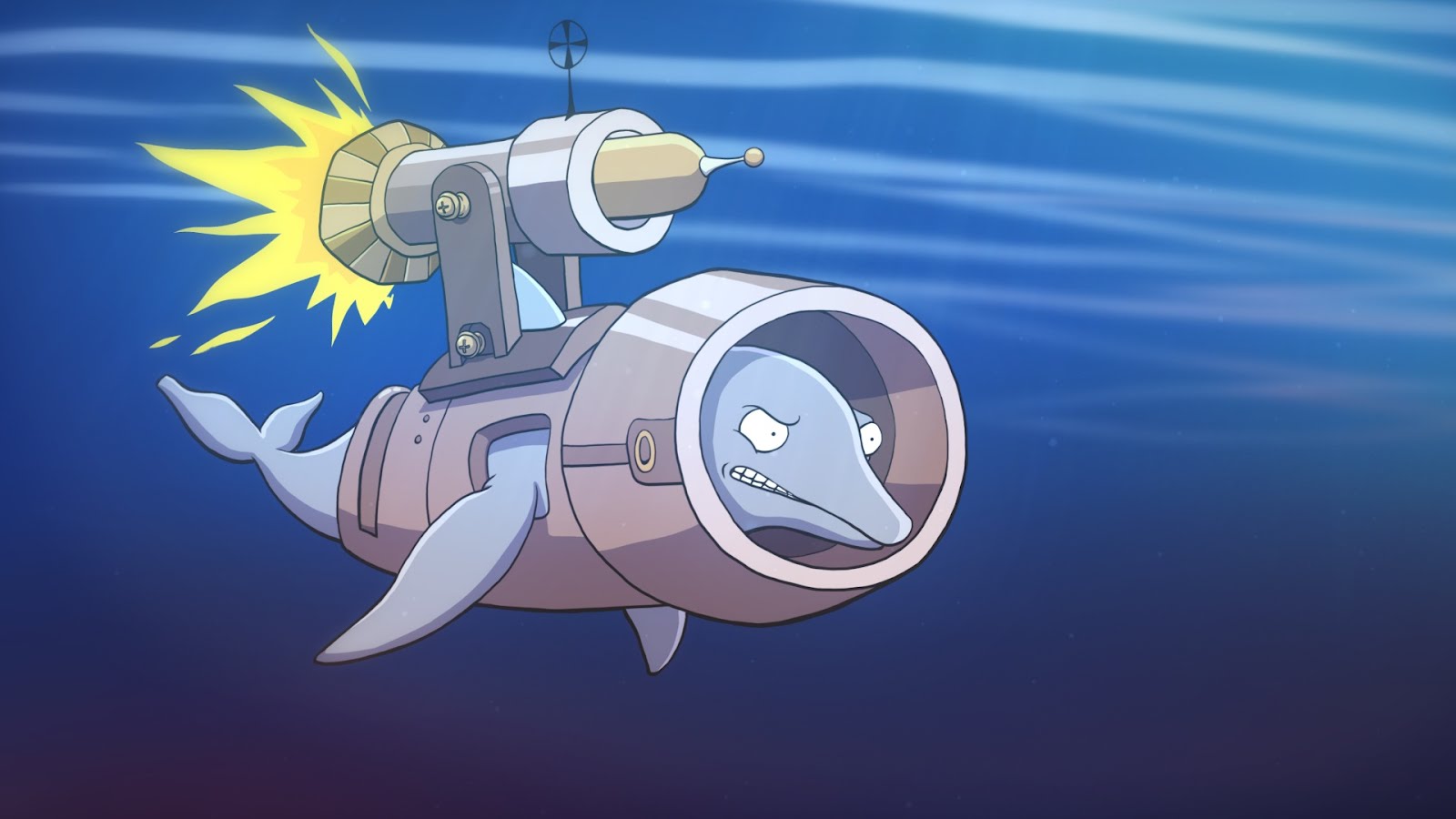 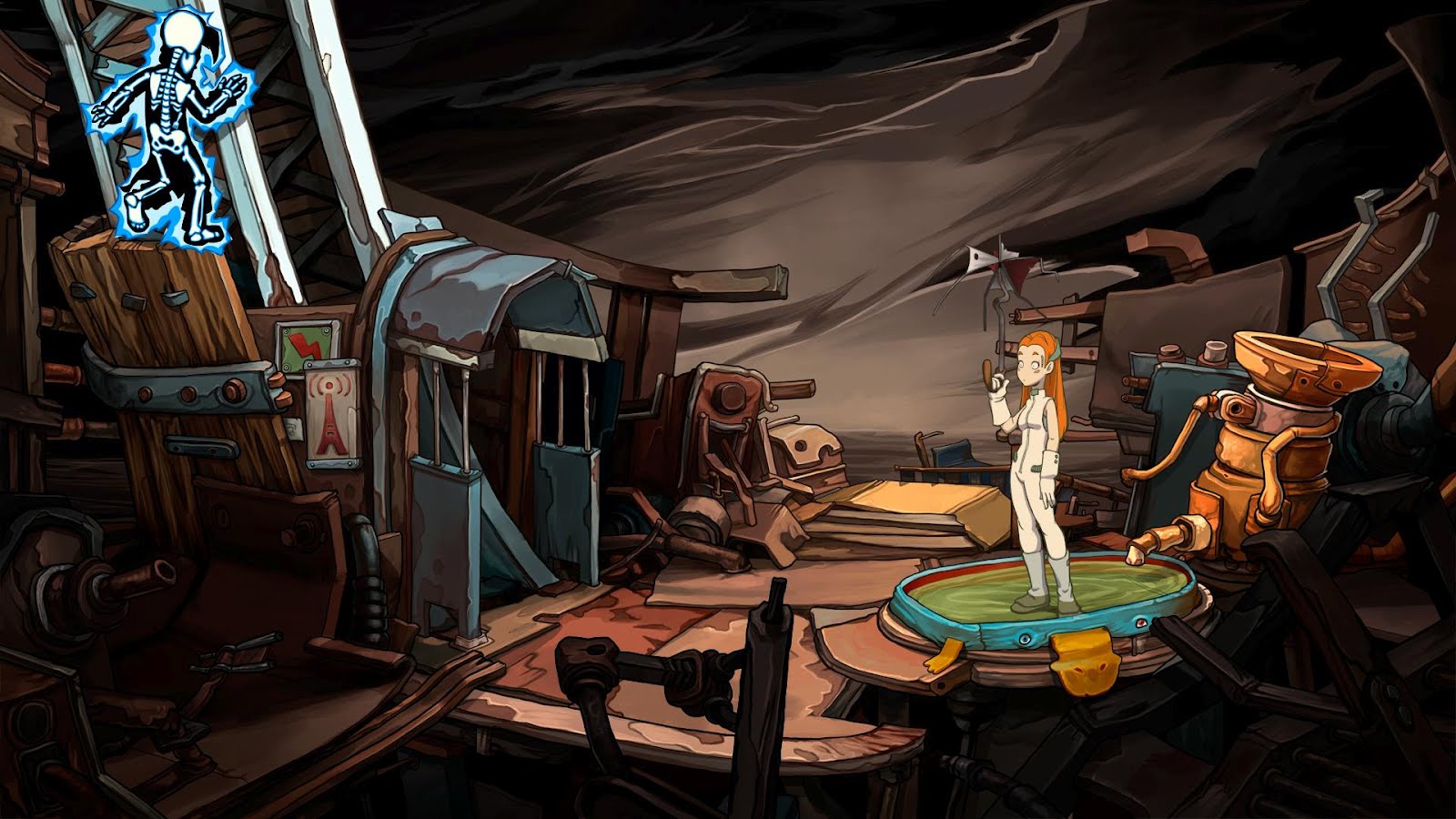